Home > About Us > Parish Staff

Father grew up in Coventry Township, south of Akron. He attended St. Francis de Sales in Akron, OH, and graduated from Coventry High School. While pursuing a Math Education degree at Kent State University, he coached wrestling – a sport in which he actively participated during his youth. He graduated from Kent in December 1997, and entered St. Mary’s Seminary in 1998.

Father graduated from St. Mary’s with a Master of Divinity Degree and was ordained as a priest for the Diocese of Cleveland on May 15, 2004.

Serves as the Spiritual Support for Lakewood Catholic Academy.

Fr. Deogratias will reside in residence at Saint Clement Parish. Father is willing to help with Masses at both Saint Clement and Saint James Parishes.

Married to Gerilynn [Geri] on 8-25-1972 and have two children and three grandchildren.

Deacon Danny Graduated from Franklin University of Columbus in 1975 with a BSBA and Case Western Reserve University with a Master’s of Organization Development and Analysis in 1986.

He began his work career with Ohio Bell in 1970 as a lineman and moved through the organization in various capacities until retirement in 2000 as a Human Resource Manager. After retirement from Ohio Bell [AT&T] he volunteered for Freedom House a halfway center. The women’s annex was located at St. Clement for some time. His volunteer experiences lead him to take the exam for Chemical Dependency counseling. In 1995, Danny began teaching as Adjunct Faculty for Tiffin University.

In 2002, Danny started working as a counselor at Grafton Correctional Institution; in 2005 he became Director of Re-entry for the Center for Families and Children; and, in 2009, took on the direct service case management position with Community Re-entry. Danny hopes to become certified as a Life Coach with primary focus in the areas of personal and spiritual development.

Geri and Danny became members of the St. James community in 1977. They began formation for the Diaconate in September 2004 and Danny was ordained a Deacon to the Diocese of Cleveland in May 2008; appointed to St. James at ordination until closure and re-assigned to St. Clement in 2010.

As a deacon, aside from the ministry at the altar, he works as a member of the RCIA team and the Spiritual Development committee; assists in the preparation of engaged couples; and as needed, assists with funerals, baptisms, and weddings.

Danny and Geri both state they have “found a home at St. Clement” and Danny is also pleased to be able to reconnect with St. James.

Alyssa is the business manager for both St. Clement Parish and St. James Parish.

Susan has been the Parish Secretary at St. Clement Church since August 2002.  A longtime resident of Lakewood that has 2 sons.  She enjoys greeting all the different people that come to visit the Rectory at St. Clement.  She considers it a great gift to serve the parishioners and staff of St. Clement Parish. She enjoys reading, cooking and spending quality time with her family.

Janet began playing the piano and organ for church when she was fifteen. After high school,

She has received organ instruction from

Janet has two grown daughters, Elisabeth and Olivia, who both majored in cello in college. Daughter Olivia is on the musical staff of Fairhaven Church in Dayton, Ohio, where she plays cello weekly with the church orchestra.

Janet retired from teaching vocal and instrumental music in Mansfield City Schools in 2015. 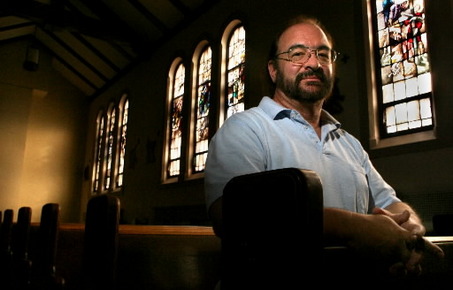